"Of all the 'movie brats' associated with the New Hollywood of the 1970s, Martin Scorsese was arguably the most challenging. While Francis Ford Coppola enhanced the mainstream, and Steven Spielberg and George Lucas rebranded it, Scorsese courageously strode off into his own territory." - Philip Kemp (Cinema: The Whole Story, 2011)

Director / Producer / Screenwriter / Editor
(1942- ) Born November 17, Queens, New York City, New York, USA
Top 250 Directors / 21st Century's Top 100 Directors
Key Production Country: USA
Key Genres: Drama, Biography, Crime, Documentary, Crime Drama, Period Film, Gangster Film, Urban Drama, Music, Psychological Drama, Historical Epic, Thriller
Key Collaborators: Thelma Schoonmaker (Editor), Robert De Niro (Leading Actor), Barbara De Fina (Producer), Dante Ferretti (Production Designer), Robert Richardson (Cinematographer), Michael Ballhaus (Cinematographer), Harvey Keitel (Leading Actor), Leonardo DiCaprio (Leading Actor), Mardik Martin (Screenwriter), Irwin Winkler (Producer), Howard Shore (Composer), Joe Pesci (Leading Actor)
"For three decades Martin Scorsese has been at the forefront of American cinema, its most avid champion and respected standard-bearer, and often its most electrifying practitioner… The most cine-literate of directors, he has also been among the most formally restless and exploratory, evolving an obsessive-compulsive mise en scène based on dynamic, agile camerawork and radical, staccato editing rhythms attuned to his innovative, informed and highly influential use of rock, pop and classical music." - Tom Charity (The Rough Guide to Film, 2007)
"Scorsese’s work evidences a remarkable thematic consistency. His collaborations with the screenwriter Paul Schrader on Mean Streets, Taxi Driver (1976), Raging Bull (1980), and Bringing Out the Dead (1999) only hint at this consistency. Whether he is directing a period adaptation of Edith Wharton’s 1920 novel The Age of Innocence (1993), creating a Tibetan epic based on the early years of the Dalai Lama in Kundun (1997), or returning, as he so often has, to the formulas of the crime film in GoodFellas (1990), Cape Fear (1991), or Casino (1995), Scorsese is fascinated by the story of the hero in revolt against a stifling culture whose norms he or she has internalized to a dangerous extent." - Thomas Leitch (Schirmer Encyclopedia of Film, 2006)
"Scorsese is an enthusiast. It comes through in the way he talks (hardly stopping to draw breath) and in the way he makes his movies - passionately, with one wary eye on the past... In purely filmic terms, Scorsese's real talent lies in his capacity to mould dialogue, movement and sound into one fluid, cinematic whole, and he achieves this effect most consistently with GoodFellas (1990)." - Mario Reading (The Movie Companion, 2006)
"The most renowned filmmaker of his era, Martin Scorsese virtually defined the state of modern American cinema during the 1970s and '80s. A consummate storyteller and visual stylist who lived and breathed movies, he won fame translating his passion and energy into a brand of filmmaking that crackled with kinetic excitement. Working well outside of the mainstream, Scorsese nevertheless emerged in the 1970s as a towering figure throughout the industry, achieving the kind of fame and universal recognition typically reserved for more commercially successful talents." - Jason Ankeny (Allmovie)
"Based in New York, he pursues his own path (with Hollywood money), continuously turning out films that are utterly personal and often deeply autobiographical... Bold, inventive, versatile, and uncompromising, Scorsese is one of the most intelligent and provocative filmmakers working in cinema today." - (The MacMillan International Film Encyclopedia, 1994)
"Scorsese, arguably the most cinematically eloquent American director of modern times, is best characterised as an expressionist and cinephile...His exhilaratingly long, complex camera movements, his often staccato editing, and his carefully controlled use of colour, props, decor and music are all designed not only to take us inside the minds of his often paranoid, volatile or disturbed protagonists, but to pay tribute, in passing, to movies he loves." - Geoff Andrew (The Director's Vision, 1999)
"Since emerging from the generation of film-makers which revolutionised American cinema in the 1960s and 1970s, Martin Scorsese has established himself as one of the great directors of contemporary cinema. While Hollywood has steadily retreated into safety and convention, and while his contemporaries have collectively burned out, sold out, or cashed in, Scorsese has continued to produce some of the most challenging and influential cinema that America has to offer." - Oliver Berry (Contemporary North American Film Directors, 2002)
"New York City and New Yorkers have been characterized by Scorsese better than by any other director of his generation. In his young career, he has shown concern for violence in society and the seamier side of life." - William R. Meyer (The Film Buff's Catalog, 1978)
"What does it take to be a filmmaker in Hollywood? Even today I still wonder what it takes to be a professional or even an artist in Hollywood. How do you survive the constant tug of war between personal expression and commercial imperatives? What is the price you pay to work in Hollywood? Do you end up with a split personality? Do you make one movie for them, one for yourself?" - Martin Scorsese (A Personal Journey with Martin Scorsese Through American Movies, 1997)
"Every year or so, I try to do something; it keeps me refreshed as to what's going on in front of the lens, and I understand what the actor is going through." - Martin Scorsese
Selected Filmography
{{row.titlelong}}
GF Greatest Films ranking (★ Top 1000)
21C 21st Century ranking (☆ Top 1000)
T TSPDT N 1,000 Noir Films R Jonathan Rosenbaum
See Also
Robert Aldrich, John Cassavetes, Francis Ford Coppola, Jonathan Demme, Brian De Palma, Elia Kazan, Barry Levinson, Anatole Litvak, Michael Powell & Emeric Pressburger, Roberto Rossellini, Robert Rossen, Paul Schrader.
Martin Scorsese / Favourite Films
2001: A Space Odyssey (1968) Stanley Kubrick, 8½ (1963) Federico Fellini, Ashes and Diamonds (1958) Andrzej Wajda, Citizen Kane (1941) Orson Welles, The Leopard (1963) Luchino Visconti, Paisan (1946) Roberto Rossellini, The Red Shoes (1948) Michael Powell & Emeric Pressburger, The River (1951) Jean Renoir, Salvatore Giuliano (1961) Francesco Rosi, The Searchers (1956) John Ford, Ugetsu monogatari (1953) Kenji Mizoguchi, Vertigo (1958) Alfred Hitchcock.
Source: Sight & Sound (2012)
Martin Scorsese / Fan Club
Roger Ebert, Kent Jones, Quentin Tarantino, John Woo, David Sterritt, Edgar Wright, Glenn Kenny, Bong Joon-ho, Ian Christie, Gavin Smith, Ben Wheatley, Lodge Kerrigan.
"Fan Club"
These film critics/filmmakers have, on multiple occasions, selected this director’s work within film ballots/lists that they have submitted. 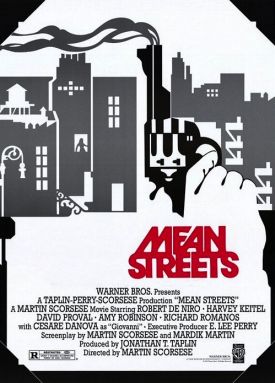