"Revered in his lifetime as an artist on a par with Chaplin and René Clair, Ernst Lubitsch was successful from first to last, and probably had more influence over American movie comedy of the Hollywood Golden Age than anyone." - Tom Charity (The Rough Guide to Film, 2007)

Director / Producer / Screenwriter / Editor
(1892-1947) Born January 29, Berlin, Germany
Top 250 Directors
Key Production Countries: USA, Germany
Key Genres: Comedy, Sophisticated Comedy, Romantic Comedy, Romance, Drama, Period Film, Melodrama, Musical, Romantic Drama, Farce, Comedy Drama, Historical Film
Key Collaborators: Hanns Kräly (Screenwriter), Hans Dreier (Production Designer), Samson Raphaelson (Screenwriter), Theodor Sparkuhl (Cinematographer), Victor Milner (Cinematographer), Ernest Vajda (Screenwriter), Edward Everett Horton (Leading Character Actor), Werner R. Heymann (Composer), Maurice Chevalier (Leading Actor), Jeanette MacDonald (Leading Actress), Emil Jannings (Leading Actor), Victor Janson (Leading Actor)
"Ernst Lubitsch was the director most closely identified with the genre of romantic comedy during the Studio era. He was known for the "Lubitsch touch," the ineffable combination of gloss, sophistication, wit, irony, and, above all, lightness, that he brought to his material... If Lubitsch’s reputation has not held up as well as some of his studio-era contemporaries, it may be because his stylish comedies fail to deal with serious issues, even serious issues of love or romance. But one film at least cannot be dismissed in this way. To Be or Not to Be (1942) is a romantic comedy set in Nazi-occupied Warsaw. Although the making of a comedy set in war-torn Europe troubled many at the time, the film may be Lubitsch’s most enduring work." - David R. Shumway (Schirmer Encyclopedia of Film, 2007)
"As Hollywood recedes, Lubitsch's role as a creative entrepreneur and as the germ of European sophistication becomes more fascinating. Considering the way he was rebuffed by Mary Pickford on his first American film, Rosita, and so wittily mocked for his Teutonic stubbornness, it is remarkable that he achieved such eminence in Hollywood and that his reputation rested on the supposed delicacy of "touch." - David Thomson (The New Biographical Dictionary of Film, 2002)
"After joining Warner Brothers, he directed five films that firmly established his thematic interests. The films were small in scale, dealt openly with sexual and psychological relationships in and out of marriage, refrained from offering conventional moral judgments, and demystified women. As Molly Haskell and Marjorie Rosen point out, Lubitsch created complex female characters who were aggressive, unsentimental, and able to express their sexual desires without suffering the usual pains of banishment or death." - Greg S. Faller (The St. James Film Directors Encyclopedia, 1998)
"Lubitsch was always the least Germanic of German directors, as Lang was the most Germanic. The critics were always so obsessed with what Lubitsch naughtily left off the screen that they never fully evaluated what was left on... Lubitsch was the last of the genuine continentals let loose on the American continent, and we shall never see his like again because the world he celebrated had died - even before he did - everywhere except in his own memory." - Andrew Sarris (The American Cinema, 1968)
"Ernst Lubitsch brought continental manners and hedonism into puritan America. He established his own style of elegance, wit, incisiveness, and cynicism, perfectly suited to the varied themes he worked on, which came to be called the "Lubitsch Touch." - Ronald Bergan (Film - Eyewitness Companions, 2006)
"The man with the cynical, delightful touch created an aristocratic world of yesteryear, then poked fun at it. Lubitsch could say volumes by implication and innuendo." - William R. Meyer (The Film Buff's Catalog, 1978)
"I sometimes make pictures which are not up to my standard, but then it can only be said of a mediocrity that all his work is up to his standard." - Ernst Lubitsch
"I let the audience use their imaginations. Can I help it if they misconstrue my suggestions?" - Ernst Lubitsch
Selected Filmography
{{row.titlelong}}
GF Greatest Films ranking (★ Top 1000)
T TSPDT R Jonathan Rosenbaum S Martin Scorsese
See Also
Dorothy Arzner, Mel Brooks, Frank Capra, Charles Chaplin, George Cukor, Mitchell Leisen, Robert Z. Leonard, Rouben Mamoulian, Leo McCarey, Norman Z. McLeod, Preston Sturges, Billy Wilder.
Ernst Lubitsch / Fan Club
Dan Sallitt, Andrew Sarris, Peter Bogdanovich, Kenneth Turan, Gilles Jacob, Arnaud Desplechin, Miguel Marías, Farran Smith Nehme, Molly Haskell, José Luis Guarner, Adrian Martin, Edgardo Cozarinsky.
"Fan Club"
These film critics/filmmakers have, on multiple occasions, selected this director’s work within film ballots/lists that they have submitted. 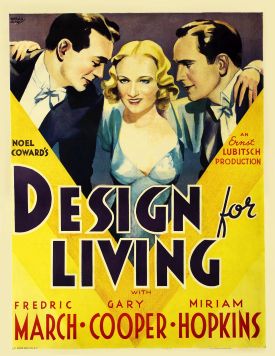